All Over Arizona, Development and Acquisitions Dominate Self-Storage News

At the AZSA conference in last month, we used live polling software to ask attendees if they face new supply within three miles of their location. Four out of five said yes, and Arizona development statistics bear that out. Currently there are 112 projects proposed throughout the state, with an additional 35 currently under construction.

There were 6 facility grand openings in Arizona in the 3rd quarter of 2019. For the last 4 quarters, from October 2018 through September 2019, a total of 35 facilities opened in Arizona, including 27 in the Phoenix area, 3 in the Tucson area, and 5 elsewhere in Arizona, as shown in the chart below. 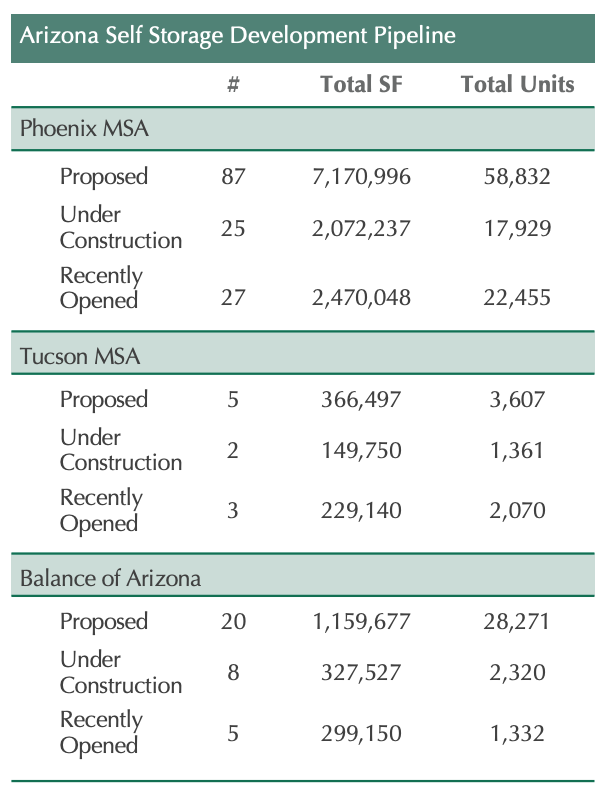 While 35 new facilities opened, 48 facilities were bought and sold since this time last year (October 2018 through September 2019). 27 were in the Phoenix area, 5 were in the Tucson area, and 16 were located in other areas of the state.

Exactly one quarter of these 48 transactions occurred in the 3rd quarter of 2019, of which 8 were in Phoenix, 2 in Tucson, and 2 elsewhere in the state.

A comparison of the third quarter this year to the third quarter last year reflects an increase in transactions for the second quarter in a row. As shown in the chart below, sale prices as measured by the average price per square foot are statistically unchanged within recent quarters except for a drop in that measure for the properties outside of the urban centers (most likely due to the two specific properties sold). 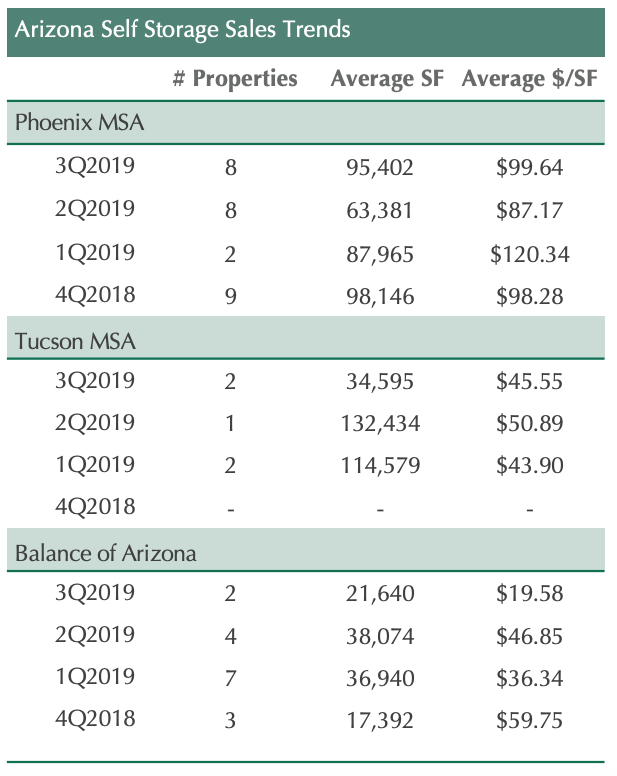