By Anne Mari DeCoster, AZSA Executive Director
Based on presentations by Joe Doherty and Tim Dietz at the Self Storage Association Spring Conference 2019

This Spring’s SSA Conference in Washington DC was eye-opening. Around the country, today’s legal and legislative outlook is full of challenges, according to Joe Doherty, the national association’s Legal and Legislative Counsel, and Tim Dietz, SSA President and CEO.

Although none of the situations described below occurred in Arizona, we still need to be vigilant in watching for efforts on the local, county, and state level to implement taxes, fees, ordinances, or other measures unfavorable to our industry.

One of the ways AZSA serves its members
is to research and investigate legal, legislative, and regulatory developments
around the country and within the state.

What we discover is used to:

In fact, the most recent lease revision was based on lessons learned at the Fall 2018 conference. The next issue of AZSA’s print newsletter, Behind Closed Doors, features an article on what to say and that NOT to say regarding tenant insurance or protection requirements – based on class action law suits in California and elsewhere. Watch for it in your mailbox in April.

Additionally, AZSA has an ongoing relationship with the leading lobbyist firm in the state, Triadvocates. We have a continual presence in the Arizona legislature and are watching for developments throughout the state. But we need your help: please be watchful, and share any news of fees, taxes, ordinances, etc. that affect our industry. You can reach us at 602-374-7184 or azsa@azselfstorage.org.

The bottom line is that self-storage
has much greater visibility now than in previous years.

Worrisome legislative and regulatory efforts are cropping up in unexpected places – not Portland, Seattle, Los Angeles, and New York City, but in small towns all around the country. They are increasingly intrusive and costly. They come up with little notice, leaving little time to react and defend against. Several examples are described below.

It is clear that municipalities and other taxing authorities are looking for ways to replace lost retail sales tax revenue, in the wake of so many retail store closures.  The most alarming example is a “Storage Facility Registration Fee” in the small town of Federal Way, in Washington state. In November 2018, a Republican council member proposed this fee to the City Council.

It was introduced on a Saturday, to be passed by consent without public debate at the City Council meeting the following Tuesday. Fortunately, the SSA was alerted and Joe Doherty got on a plane to join Washington self-storage owner/operators in fighting this proposal.

Federal Way’s City Council had not run the numbers to see the impact.

Efforts against the proposed fee were aided by a crucial mistake made by the City Council: they added apartments to the mix, and the multi-family lobby responded fiercely. The Mayor withdrew the proposal on Christmas Eve.

But we remain concerned. Troubling measures like these seem to be cropping up more frequently, in small towns around the country, with little notice or time to defend against.

In Miami-Dade County, Florida, which considers itself to be the leader of urban planning for the country, a paint and window ordinance was introduced to the Board of Commissioners in February 2019. 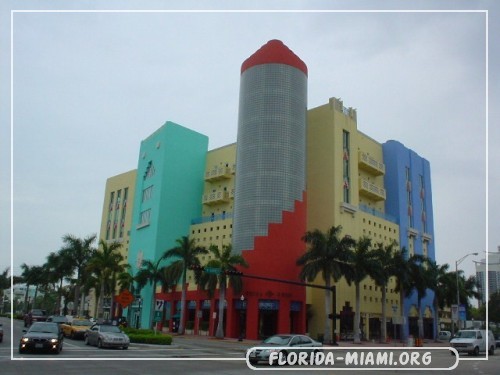 The ordinance targets storage facilities exclusively and does not apply to other buildings. It was comical to watch Tim Dietz on the stage at the SSA National Spring Conference, as he demonstrated the impact of the legislation: CubeSmart’s red on a self-storage facility deemed unacceptable by the proposed ordinance, while Target’s red – appearing exactly the same – was fine.

Having been alerted by an owner/operator in the Miami area, the SSA and local self-storage professionals fought against the ordinance. It is delayed for now but still worrisome. It may come up again. More details are in the eNewsletter of Feb. 18, 2019, which includes a link to the ordinance.

Also of concern are square foot taxes, starting in Washington and California. The rationale: self-storage properties are large but don’t generate a lot of sales tax; municipalities and other taxing authorities are hurting for revenue; so self-storage is a good target.

Proposals to increase self-storage rent taxes are also frequent, with the most likely trouble spots being Illinois, Colorado, and Washington state.

The bad news doesn’t stop at the municipal level. There is a wide variety of state legislative efforts being proposed around the country that are unfavorable to self-storage. For instance:

“Bad ideas spread fast,” says Joe. Such efforts, in so many places, could set precedents for other states to follow suit, potentially paving the way for more wide-spread implementation. They also it difficult to play offense in any efforts to improve the business environment for the self-storage industry.

On a bright note, major changes in the 2021 building code improve conditions for self-storage. It is likely possible that you can use them now. Although the changes have not been adopted by local governments yet, building officials must provide in writing their reasons for not approving these standards.

Under the 2021 changes, storage facilities are exempt from the automatic sprinkler system requirements if:

Self-storage facilities with sprinklers, made of Type IIB, may be 4 stories above grade plane now (up from 3).

For these reasons, the SSA reinvigorating PAC to contribute to candidates who are favorable toward our industry. The SSA website, www.selfstorage.org, has more information.

Again, please be alert, and contact AZSA about any news of fees, taxes, ordinances, or other regulatory efforts that affect our industry. You can reach us at 602-374-7184 or azsa@azselfstorage.org.